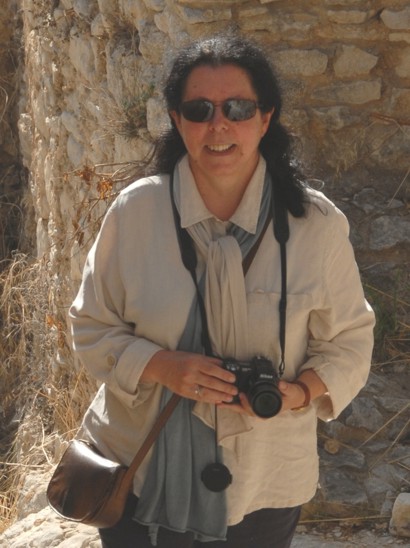 Expressing myself through the colours, the most important carriers of my will of expression,I transmit in each work a message where nature and human figure are a whole, as involved in each other, a work where everything merges, the subject and the landscape, into a single body, a single subject: a subject of reflection, of human observation.

The somatic traces of the figures are with almost semi-transparent skin colours, in a way to make the observer understand it's about a feeling that takes form and not a form that expresses a feeling. The figures are intense in emotion, all the rest of the painting is merely suggested. We sometimes have the feeling of an unfinished work, which is not the case. I wanted this effect, giving with kind of a snapshot a better feeling of the time passing by.

I combine in a strong way, form and colour, sensations and emotions to catch a moment, simplifying the traces, placing the brushes and the rollers lightly, with strength or very fluidly on the canvas, seeking to reproduce the feeling through the appropriated colours. An alliance between mind and reality, between message and colours, between the density of the colours on the canvas and the visual effect. I try to awake in others their own emotions, making them vibrating for a moment, touching their sensitivity for returning to the essence ... life.

<Return to the menu>